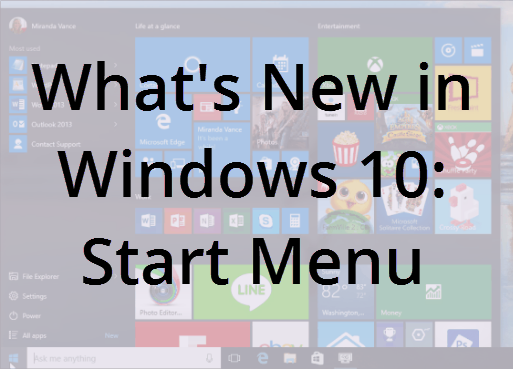 If you’re like most of our customers, when you upgrade to Windows 10, you will have skipped Windows 8 entirely. Lucky you! Seriously.

You may have heard about how the Start Menu disappeared in Windows 8. Trust me, you didn’t want to see that. It was very confusing.

Fortunately, Microsoft got the message, and put back a semblance of the Start Menu in Windows 8.1.

Now, in Windows 10, it’s even closer to what you’ve been used to in Windows 7.

But still not exactly the same.

For example, you won’t find the menu option All Programs anymore. What’s up with that?

Surprise! You don’t have programs anymore. You only have apps.

But wait, you say. Aren’t apps just for smartphones?

Before I answer, let’s look back a few years. Here’s a quote from a 2011 article entitled What the Heck is an “App”?

The word app is a noun, and it’s short for “application.”  Application in this case refers to a software application — in other words, an app is a software program.

An app typically refers to software used on a smartphone or mobile device such as the Android, iPhone, BlackBerry or iPad, as in “mobile app” or “iPhone app.”

But the  phrase “Web app” or “online app” is also used in a business setting as an abbreviation for “Web application” or “online application” — meaning software that you access and use while online, via a browser, instead of software residing on your computer (such as Microsoft Word).

That was 2011. Before tablets became ubiquitous, blurring the line between computers (meaning laptops and desktops) and mobile devices. And before Microsoft realized it would be nice if apps would run on any platform: computer, tablet, phone, or even Xbox One.

My point is this: apps can now refer to software programs on any device of any size.

So your trading computer now has apps. Microsoft will no longer call them programs. It’s just like when, about 15 years ago, Microsoft started talking about storing your files in folders instead of directories.

Coming back to your new Start Menu, you’ll see it now says All apps instead of All Programs. 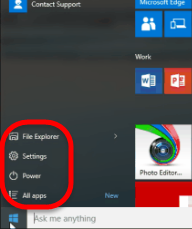 Fortunately, they didn’t change the names of File Explorer or Settings or Power. (You never know with Microsoft.) All of those options, along with your most used apps, are on the left side of your new Start Menu.

But here’s the real shocker. Your Start Menu will now also show you a bunch of colorful app icons for apps you either have already or you can download. 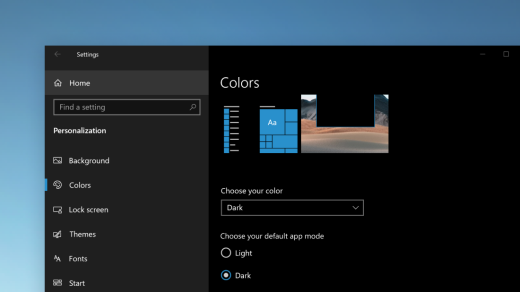 Why is this here? Well, it’s more tablet-friendly. It’s a pretty handy way to get to your apps if you have a touch screen. Not so important if you have a mouse.

Microsoft refers to these colorful icons as The Store. They point out that, in addition to navigating your existing apps, you can shop for music, videos, games, and apps. Oh, swell.

If you’re like me, you turn on your trading computer to trade, not to go window shopping.

You don’t really need all that stuff if you’re on a desktop you use for serious work – like trading. Well, ok, it might be nice to know the general weather forecast.

But unless you’re looking for a distraction, my advice is to just ignore the colorful boxes.

In fact, I recommend putting all your most-used apps in the taskbar, whether these are online or offline apps. (You may have seen the video we did on how to create a taskbar app to quickly access an online site.)

Then, don’t open the Start Menu unless you need something you don’t use often. This way, you’ll be less likely to get distracted by all those enticing icons.

After all, what trader needs more distractions?

Stay tuned. I’ll be bringing you more on getting comfortable with Windows 10.